The spiritual gift of prophecy, what is it? 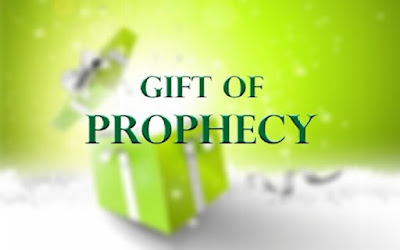 The spiritual gift of prophecy is listed among the gifts of the Spirit in 1 Corinthians 12:10 and Romans 12:6. The Greek word translated “prophesying” or “prophecy” in both passages properly means to “speak forth” or declare the divine will, to interpret the purposes of God, or to make known in any way the truth of God which is designed to influence people. Many people misunderstand the gift of prophecy to be the ability to predict the future. While knowing something about the future may sometimes have been an aspect of the gift of prophecy, it was primarily a gift of proclamation (“forth-telling”), not prediction (“fore-telling”).

A pastor/preacher who declares the Bible can be considered a “prophesier” in that he is speaking forth the counsel of God. With the completion of the New Testament canon, prophesying changed from declaring new revelation to declaring the completed revelation God has already given. Jude 3 speaks of “the faith which was once delivered unto the saints” (emphasis added). In other words, the faith to which we hold has been settled forever, and it does not need the addition or refinement that comes from extra-biblical revelations.
Read more »
Posted by Dr.Brunaud Tarzs at 2:49 PM No comments:

God Has a Word for YOU!